A Big Butt and a Smile, Entertainment News, 81 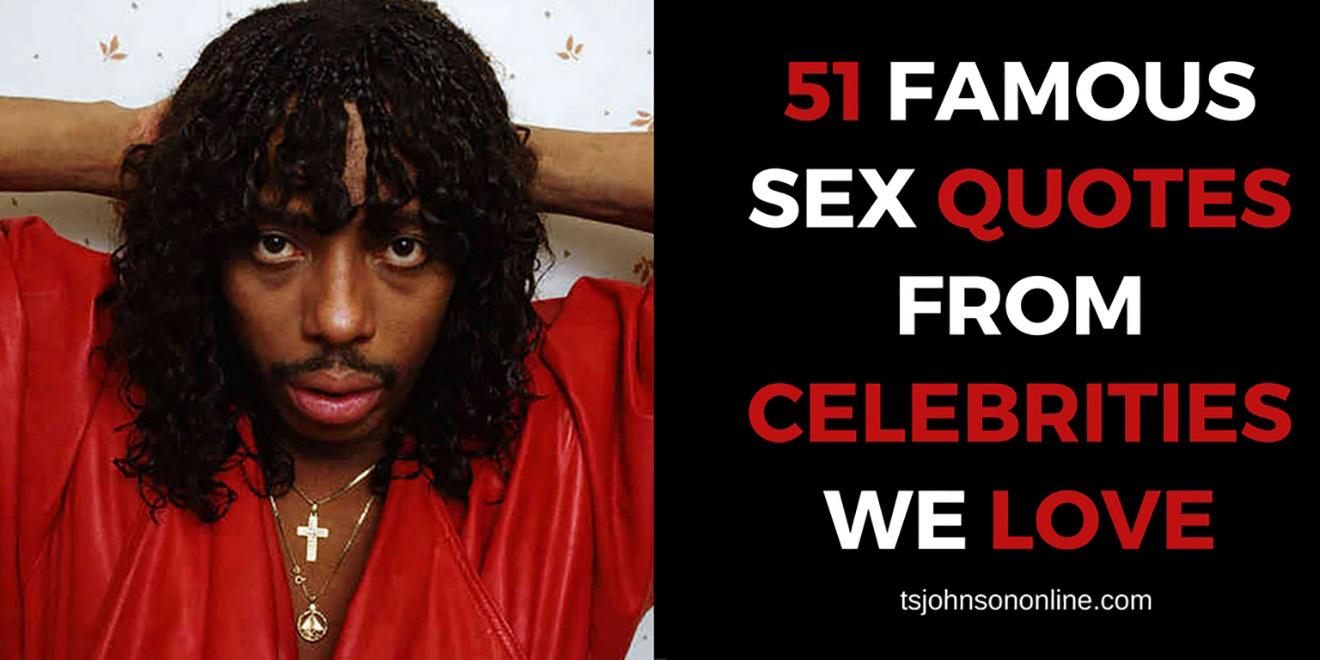 Bump children, celebrities say the darnest things. But sometimes the craziness they are inclined to say can be worth repeating. These 51 funny sex quotes are from of the most famous people on the planet and they don’t disappoint. These quotes are funny, freaky and some are even poignant. Enjoy and let us know which ones are your favorite in the comments below.

2. “I’m a heroine addict. I need to have sex with women who have saved someone’s life.”
– Mitch Hedberg

3. “Love is an ice cream sundae, with all the marvelous coverings. Sex is the cherry on top.”
―Jimmy Dean

4. “Good sex is like good bridge. If you don’t have a good partner, you’d better have a good hand.”
― Mae West

5. “Sex is the most fun you can have without laughing.”
― Woody Allen 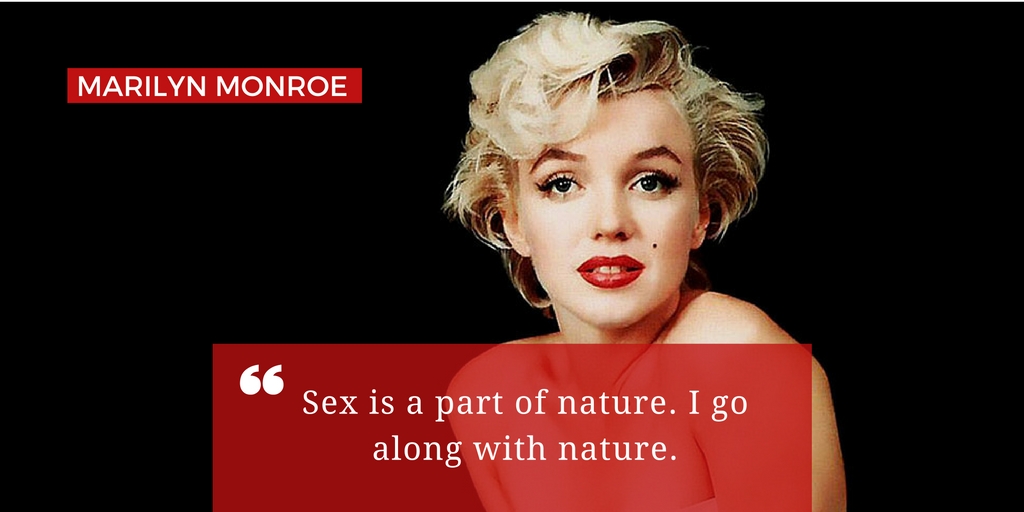 7. “My first time I jacked off, I thought I’d invented it. I looked down at my sloppy handful of junk and thought, This is going to make me rich.”
― Chuck Palahniuk | Choke

8. “I’m at the age where food has taken the place of sex in my life. In fact, I’ve just had a mirror put over my kitchen table.”
― Rodney Dangerfield

9. “To love someone means to see him as God intended him.”
― Fyodor Dostoyevsky

10. “I don’t know the question, but sex is definitely the answer.”
― Woody Allen 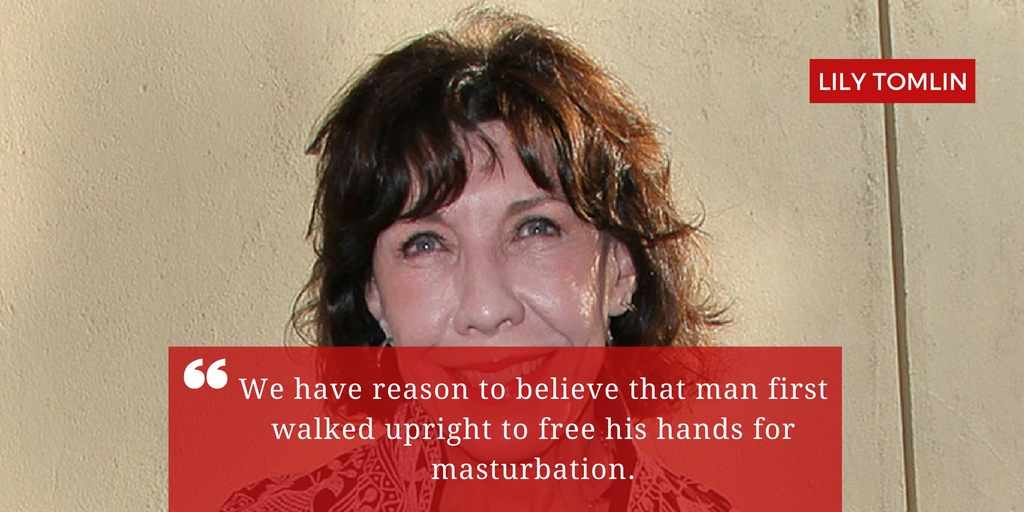 12. “I blame my mother for my poor sex life. All she told me was ‘the man goes on top and the woman underneath.’ For three years my husband and I slept in bunk beds.”
― Joan Rivers

13. “You can’t talk about fucking in America, people say you’re dirty. But if you talk about killing somebody, that’s cool.”
― Richard Pryor 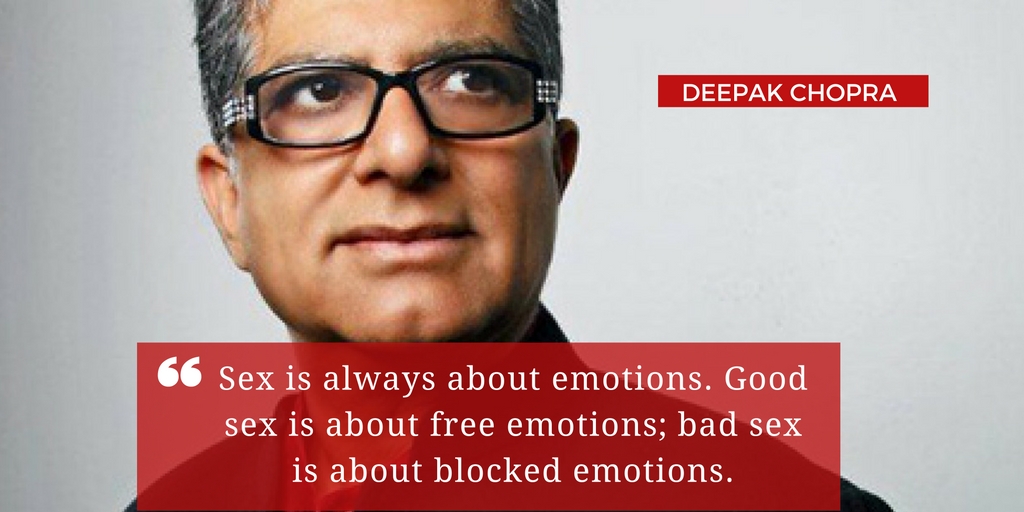 17. “Clinton lied. A man might forget where he parks or where he lives, but he never forgets oral sex, no matter how bad it is.”
― Barbara Bush

18. “My mother told me that life isn’t always about pleasing yourself and that sometimes you have to do things for the sole benefit of another human being. I completely agreed with her, but reminded her that that was what blow jobs were for.”
― Chelsea Handler 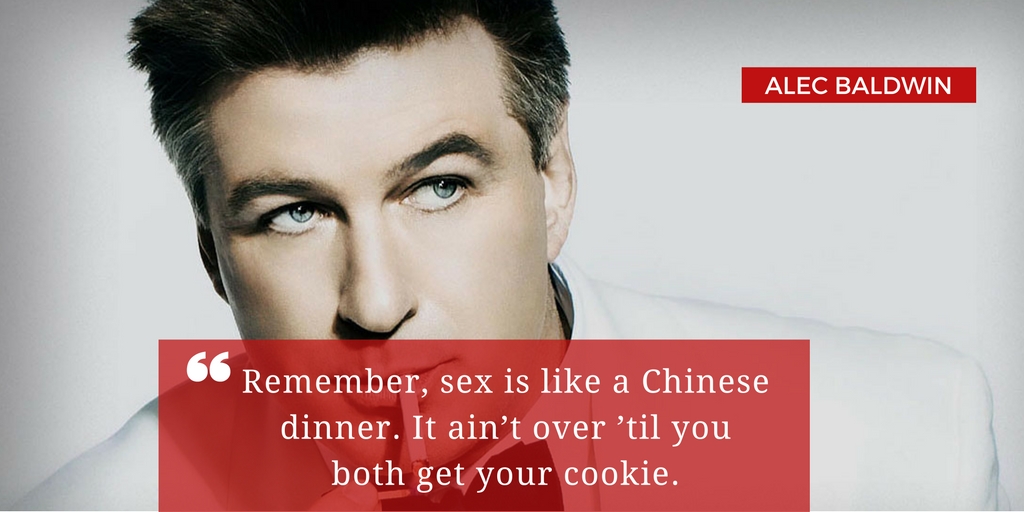 22. “Being a sex symbol is a heavy load to carry, especially when one is tired, hurt and bewildered.”
― Marilyn Monroe

23. “Sex pleasure in woman is a kind of magic spell; it demands complete abandon; if words or movements oppose the magic of caresses, the spell is broken.”
― Simone de Beauvoir

24. “An intellectual is a person who’s found one thing that’s more interesting than sex.”
― Aldous Huxley

25. “Dancing is a perpendicular expression of a horizontal desire.”
― George Bernard Shaw 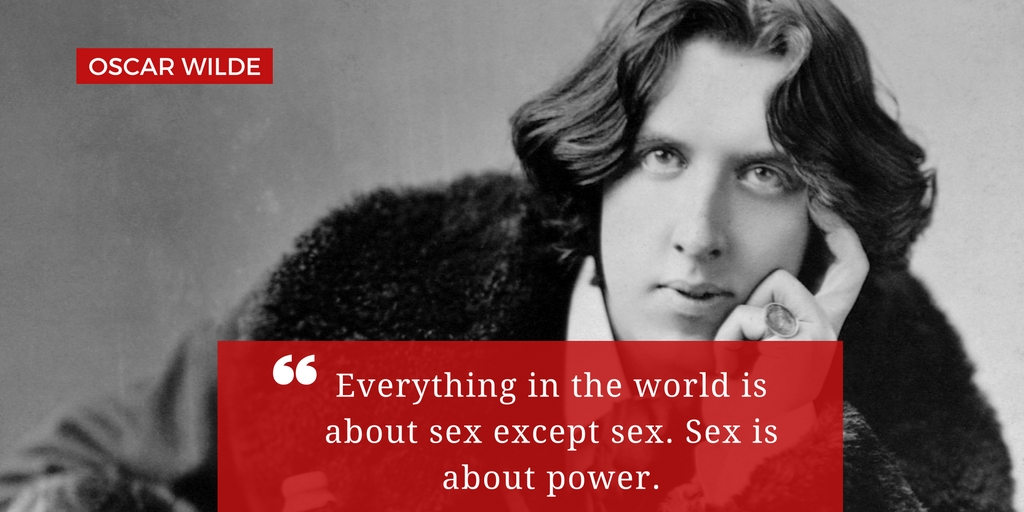 27. “I write about sex because often it feels like the most important thing in the world.”
―Jeanette Winterston

29. “Sex is the driving force on the planet. We should embrace it, not see it as the enemy.”
― Hugh Hefner

30. “I know nothing about sex, because I was always married.”
― Zsa Zsa Gabour 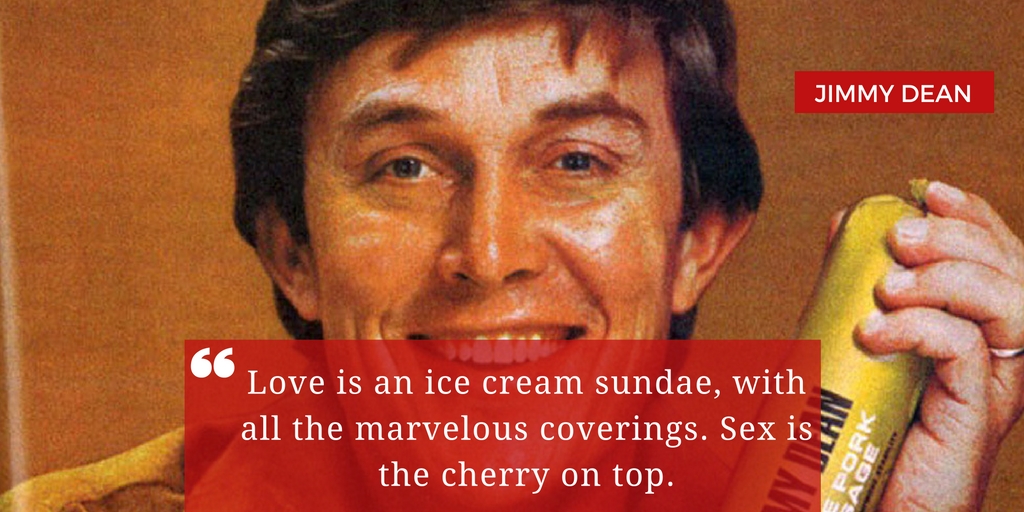 33. “Sex is hardly ever just about sex.”
― Shirley MacLaine

34. “I need sex for a clear complexion, but I’d rather do it for love.”
― Joan Crawford

35. “Sex is a bad thing because it rumples the clothes.”
― Jackie Kennedy 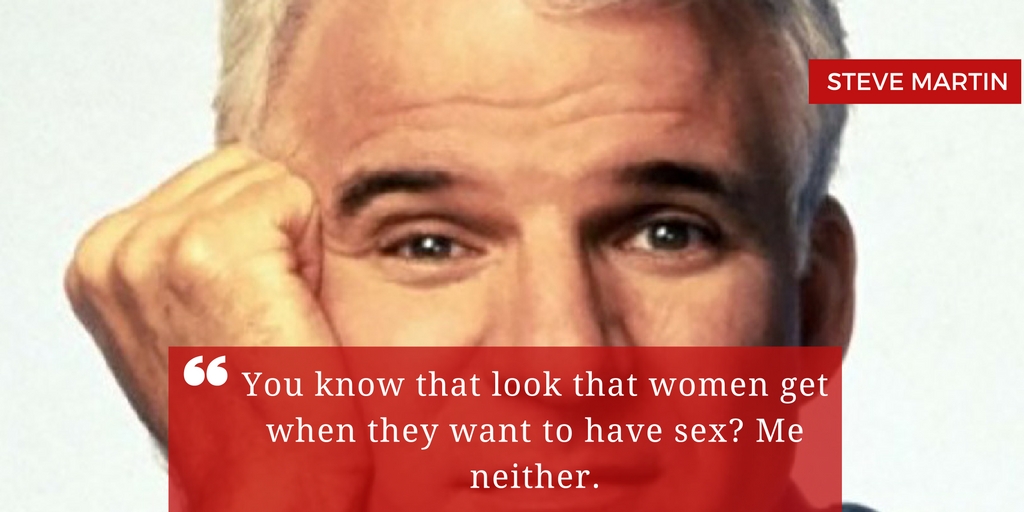 37. “I couldn’t possibly have sex with someone with such a slender grasp on grammar!”
― Russell Brand

39. “I thank God I was raised Catholic, so sex will always be dirty.”
― John Waters 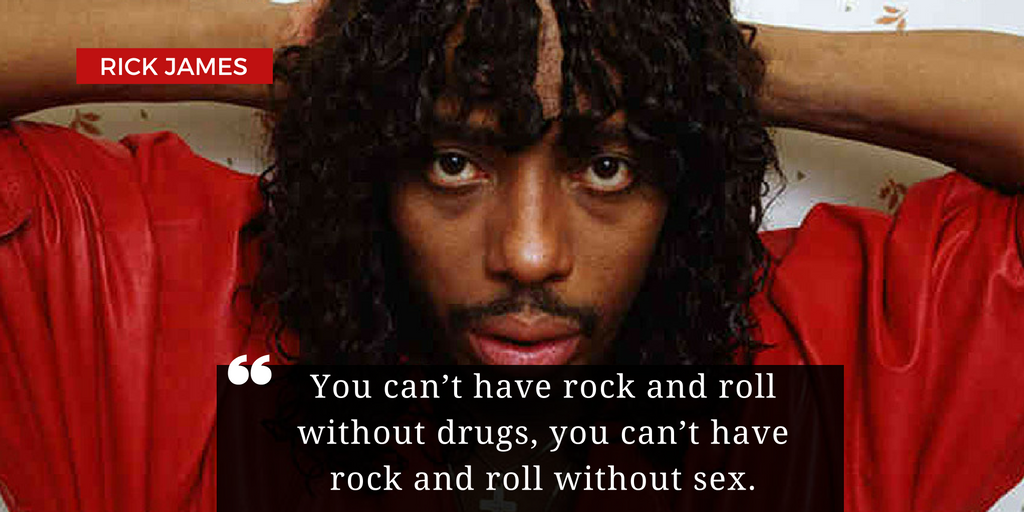 42. “Kissing – and I mean like, yummy, smacking kissing – is the most delicious, most beautiful and passionate thing that two people can do, bar none. Better than sex, hands down.”
― Drew Barrymore

43. “Seduction is always more singular and sublime than sex and it commands the higher price.
― Jean Baudrillard

44. “To succeed with the opposite sex, tell her you’re impotent. She can’t wait to disprove it.”
― Cary Grant 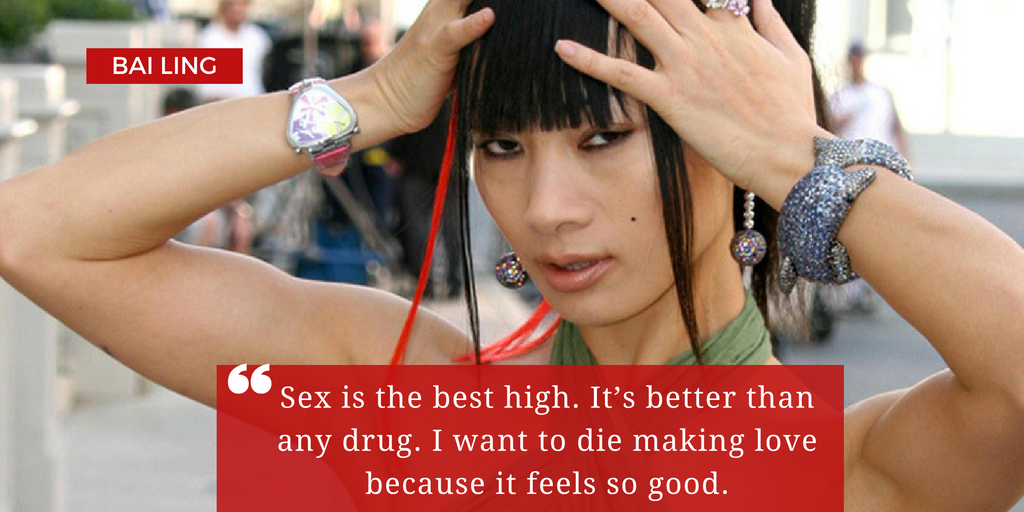 47. “My wife wants sex in the back of the car and she wants me to drive.”
― Rodney Dangerfield

48. “There’s nothing better than good sex. But bad sex? A peanut butter and jelly sandwich is better than bad sex.”
― Billy Joel

50. “The only unnatural sex act is that which you cannot perform.”
― Alfred Kinsey

51. “Sex without love is merely healthy exercise.”
― Robert A. Heinlein

Celebrities truly say the darnest things. These 51 sex quotes manage to be funny, freaky and surprisingly insightful. Of the 40 sex quotes, which were your favorite? Were there any that shocked you? How about made you laugh? Were there any quotes that truly resonated with you? Sound off in the comments below and let us know what you think.