Why Chris Brown Needs to Shut Up, Grow Up and Fire His Public Relations Team

A Big Butt and a Smile, Entertainment News, 79 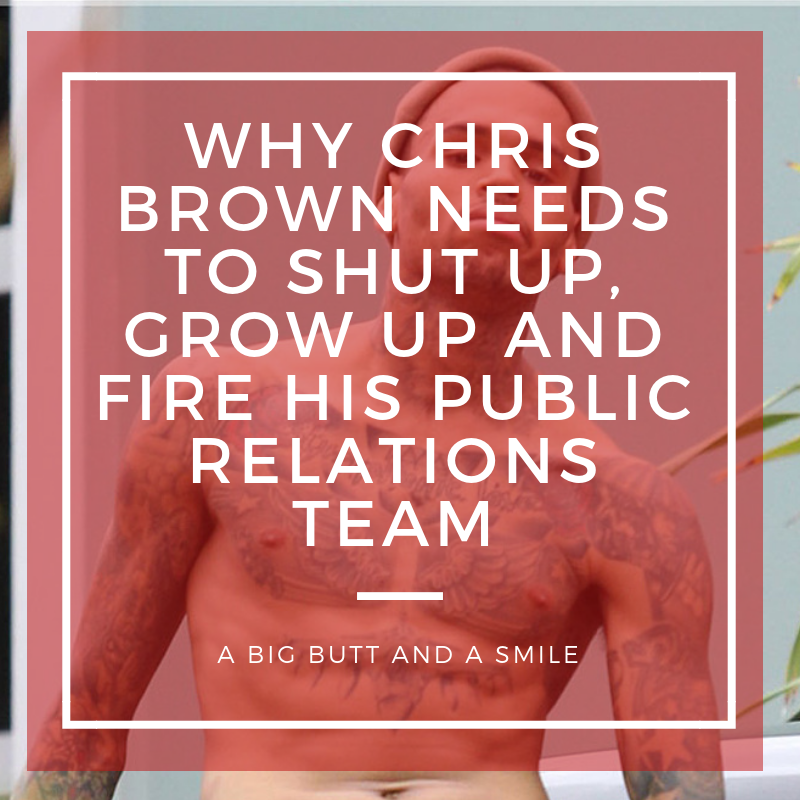 It’s been four years since the domestic violence incident that altered his career and drastically changed his public image. Prior to that night on February 8, 2009, Brown was the energetic young pop-star who was the second coming of Michael Jackson in the dance department.

He was also dating the hot, young pop-star who was on her own meteoric rise to fame. It was Justin Timberlake and Britney Spears 2.0, just with young brown stars, minus the Disney background.

In the midst of all the success and stardom, there were rumblings that Brown had a darker side. Reports here and there that his temper was legendary and there may have been some pushing and shoving between him and Rihanna.

But these whispers were quickly squashed or never made it to the mainstream media, and his image as a clean-cut, squeaky clean, young pop-star managed to stay intact.

Of course, all of that changed that faithful night in February when what had previously been just rumors became reality for all the world to see.

The funny thing is, since the incident, Chris Brown’s career has largely bounced back. He’s released a few top ten albums, two of which reached number one on the Billboard 200. He’s had numerous No. 1 singles and has toured extensively. 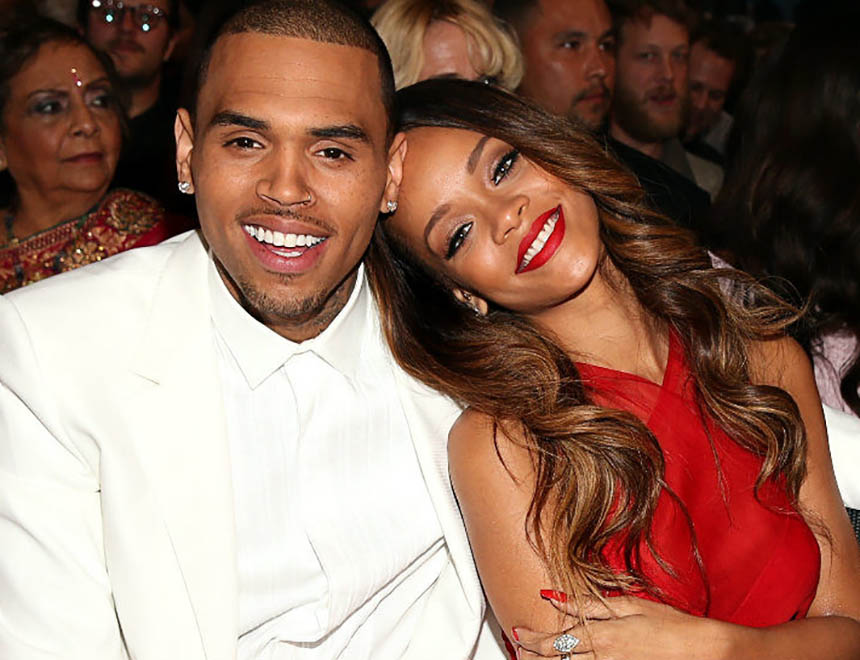 He’s continued pursuing his budding acting career, performed at numerous award shows and even had his Grammy Awards embargo lifted, performing at the 2012 Grammy Awards, the first time since 2009.

You’d think with all the career success, and having won the forgiveness (and heart) of Rihanna, the one he assaulted, everything would be swell in Chris Brown Land.

Unfortunately, while he has been able to rehab his career, his public image hasn’t benefited from his resurgence to pop-music stardom. If anything, he seems to continue to take hit after hit to his public persona and, in many circles, is still seen as a violent, misogynist, asshole who got off way too easy and never learned his lesson.

Now granted part of those responsible for continuing to paint Brown as the worst kind of Boogeyman are those who have a hard time when certain men get away with a crime (O.J. Simpson) or, after having served their time, go back to their high profile and lucrative careers (Michael Vick).

Yet, they’re the same group who often plead for forgiveness, understanding or just plain “time has passed, let’s move on” for other types of men who do the same thing (Charlie Sheen, Mel Gibson, Michael Fassbender).

But the real issue is that Brown has made it near impossible to not look at him in a negative light with his continued childish, often misogynistic and volatile outbursts.

Let’s look at the evidence for why Brown continues to have a negative public image shall we:

Exhibit A: The thrown chair heard around the world aka The GMA Incident 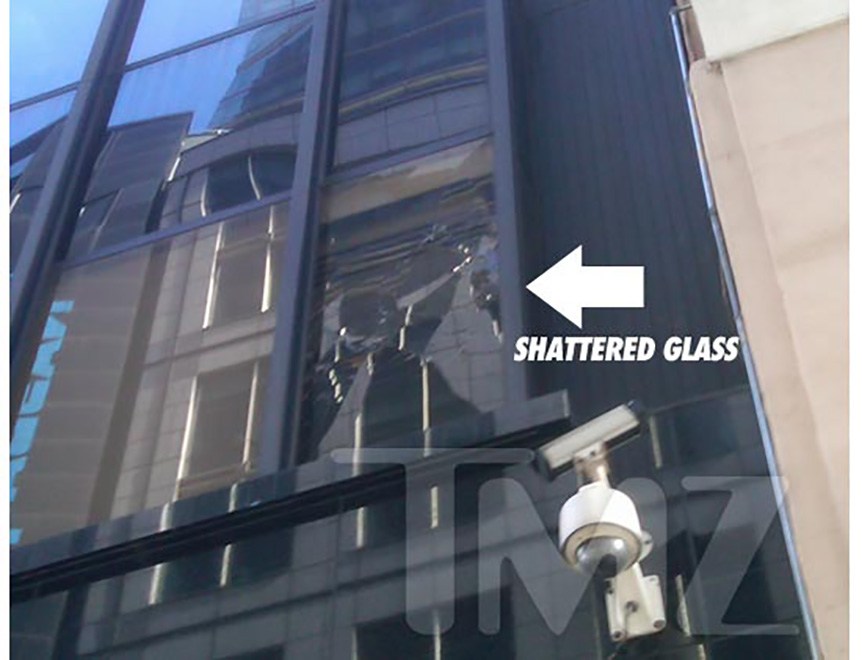 In a 2011 interview on Good Morning America, Chris Brown didn’t take to kindly to Robin Roberts continued attempts to ask him about his legal issues surrounding the Rihanna beating. So instead of handling this like the professional he is supposed to be, he storms into his dressing room, throws a full-on temper tantrum, and throws a chair at a window, shattering it. Yeah.

Exhibit B: A cell phone jacking 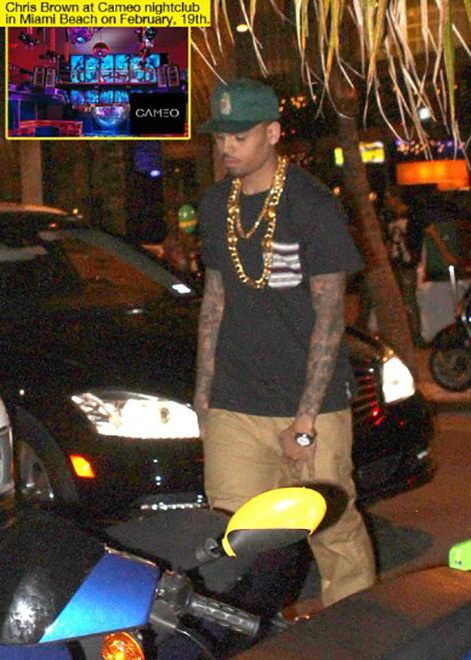 In February 2012 (Chris should just stay home during February. Seriously.) Chris Brown was accused of hijacking a fan’s cell phone outside of a Miami nightclub after the fan snapped a picture without his permission.

Rumor had it he was creeping with someone other than Karrueche, and this wouldn’t go over well with Rihanna, who he was rumored to be dealing with at the time if the pictures got out.

Of course, once the news broke that he allegedly stole the young woman’s cell phone and called her an expletive to boot, the media had a field day with turning the incident into another Chris Brown attack on a poor unsuspecting woman.

And with the phone being an iPhone there were possible grand theft charges looming as well as his possibly being in violation of his probation from the Rihanna incident. Not a good look to say the least.

Exhibit C: The Twitter fight with the Comedian Who Shall Not Be Named 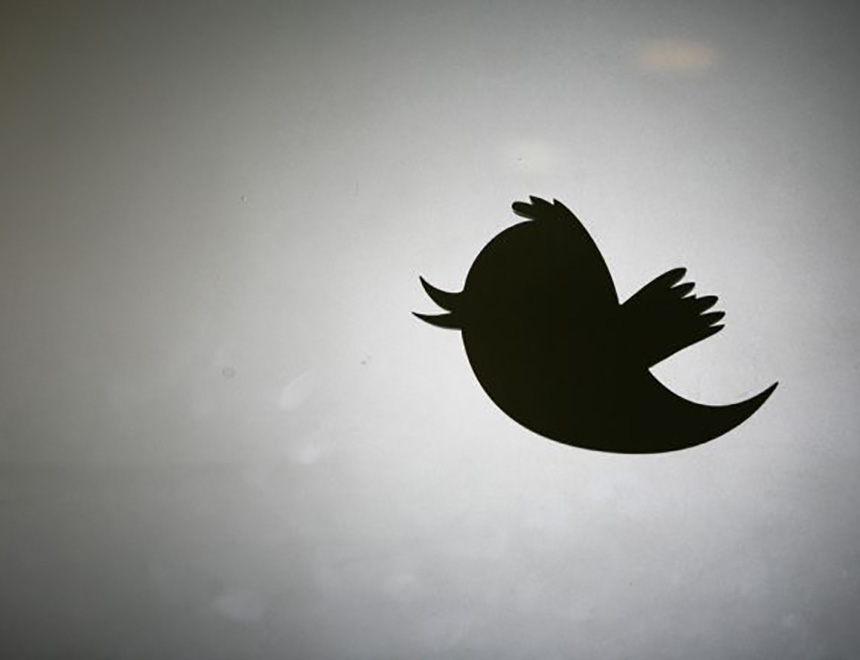 Late in 2012, Chris Brown got into an epic Twitter fight that left him looking like a violent, misogynist tool and allowed the perpetrator of the fight to play the victim. I personally find the woman in this story so repugnant that I’m not going to use her name. Let’s just say there’s a comedian, and I use the term loosely, whose entire schtick is harassing celebrities, she doesn’t like by sending them incredibly, nasty, crass tweets.

Chris Brown, for obvious reasons, was one of her targets. Brown had blocked her in the past from sending him tweets, but at some point had unblocked her and her particularly nasty brand of vile came flowing right through.

Chris, having had enough, decides to respond to her vitriol with some nastiness of his own. On the surface, responding didn’t seem like a bad idea, you can’t throw shit at someone and not expect to get shit thrown back. However, it was HOW Brown decided to respond that was the problem:

Not the best choice of words for a man who’s on probation for beating his girlfriend. Yeah, she started it, but three years after said incident he should have been better prepared to deal with the insults that could still come his way and hurling sexually violent insults ain’t it. This particular rant resulted in him deleting his Twitter account (temporarily). I”m sure his PR team breathed a sigh of relief.

Exhibit D: Chris Brown’s “I own that pussy” Rant 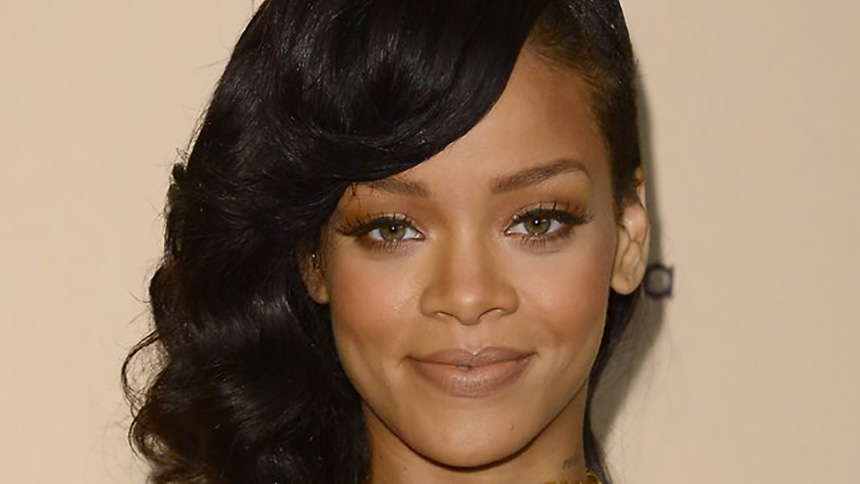 Sigh. Now if Brown was just another 23-year-old urban pop-star the rant he gave at a club where he gave an impromptu performance wouldn’t have been such a big deal.

But he’s not just that guy; he’s the guy who pleads guilty to beating the crap out of his girlfriend so giving a vulgar rant on how to “keep your woman” is probably not something that would go over well with the masses. For context:

Chris was partying at Emerson Theatre in Hollywood early Thursday AM when he grabbed the mic from the DJ and went off on how to talk to your woman — and the bizarre rant was all caught on tape.

Chris said, “You GOTTA say that one thing to her … Don’t make me have to tell you again, that’s my pussy, baby! … so you better not give it away! So every person in this motherfucking building, if you got a bad bitch you better say that shit to her, or she might fuck another nigga.”

However, does he never think before he speaks? Does he not realize he sounds like an arrogant, misogynist tool who is living on the island of “Just Don’t Get It” after four years and any numbers of opportunity to do so?

Does his PR team not have constant conversations with him on what to do and what not to? On What to say and what not to say? Or are they just glorified yes men who are on constant damage control and completely incapable of operating in a preventative capacity? You decide.

Amazingly, these are just some of the more glaring incidents in Chris Brown‘s inability to behave in a way that people would be able to convincingly view him in a light other than a misogynistic asshole.

I didn’t bring up the Drake fight, the Frank Ocean debacle or the odd and unnecessary video where he proclaims to be in love with two women (Rihanna and Karrueche for the uninformed).

Four years after the incident that forever changed his life, he is still completely incapable of reforming his image, not back to the squeaky clean, clean cut pop-star – that would be impossible – but to a nuanced young adult who realizes he made a grave mistake, learned from it and is now learning how to be a better man.

Instead, he just keeps feeding the haters, constantly giving detractors ammunition for their (sometimes) irrational hate. Chris Brown may only be 23, but he is old enough to not behave like a spoiled reactionary, adult child who does and says the first thing that comes to mind, consequences be damned.

So, my advice to Brown is simple:

Shut up. Grow up. And hire a team of people who will hold you accountable for your actions and help you make the moves you need to make to have a long and successful career and become a better person, citizen, and man.

Let’s face it some people are giving pass after pass to get their lives together. Unfortunately for Chris Brown, he’s no Charlie Sheen, so those opportunities don’t apply to him and the sooner he realizes that, the better.