Chris Brown’s penis pic may impress some, but color me not impressed at all. It’s long and skinny. The sucker needs some girth. Though I will readily admit, it may be just the right size for some. All of us can’t be hardcore size queens. 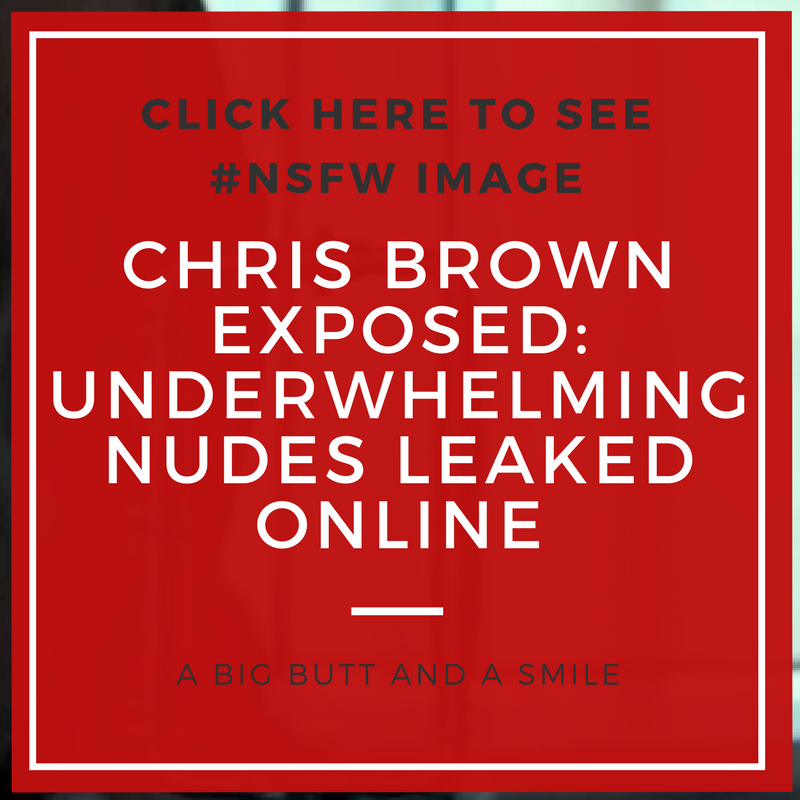 Also, no one should be surprised that Chris Brown has a dick pic on the Internet. I mean there was this Halloween primer that basically showed all he was working with, leaving very little (read: nothing) to the imagination.

Seriously though I’m more surprised it took this long for a penis pic of Brown to show up on the internet. You know he’s the type to quickly send a chick his penis in hopes of showing her ‘what he’s working with.

Honestly, I think he’s the type to send those joints unsolicited too. Instead of “Hey how you doing” when he first meets a chick it’s “Take a look at my penis.”

You know it is.

He’s not exactly known for making sound decisions or anything. What I find really surprising is that someone hasn’t taken one of those pics and sold it to World Star Hip Hop.

You know they are good for posting such things and a Chris Brown penis pic would go over well with that crowd.

Here’s what Chris had to say about his leaked nudes:

When asked by the radio crew about the pics, Chris said the pics are indeed of him. He says he was fresh out the shower one day and he decided to treat a lady friend to a sneak peek of his goodies.

And as they cracked jokes, Chris joined in the fun saying he is not ashamed of his body and does not regret the pics. But he did point out he wasn’t fully…a attention…in the pic either. No need to be ashamed boo….no need.

I’m no fan of Chris Brown, but that was a pretty good response. You can watch his full response here.