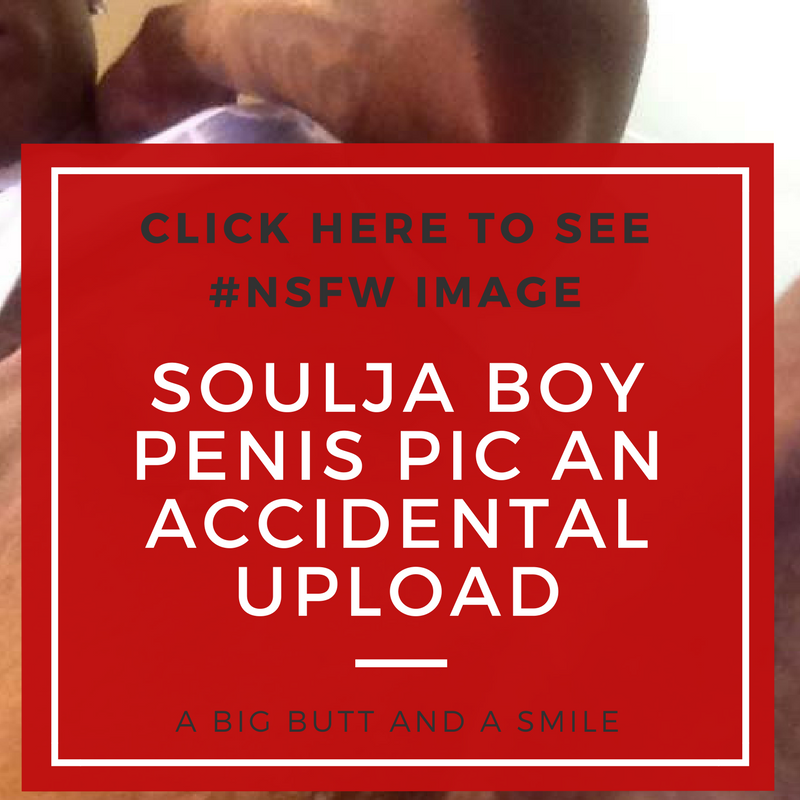 You know I’m not one for really believing anyone ever “accidentally” uploads their junk to social media, especially someone as social media savvy as Soulja Boy Tell’em. However, that is what he wants us to beleive – that he accidentally uploaded his penis to Tumblr – which he immediately deleted and posted the following:

I apologize to ever seen that, accident.

Grammar aside, I suppose this is a sincere apology. However the cynic in me thinks this was another one of Soulja Boy’s attempts at being sexy. From Oh No They Didn’t:

Soulja Boy has a history of uploading steamy photos of himself and his crotch on social media – for his female fan’s pleasure.

His first attempt in 2009 was laughed at by MediaTakeOut.

He followed that up with another photo of his stuffed erection with the caption “Ladies Only”.

So, as you can see Soulja Boy has a history of doing such things and maybe this time just took it a little too far and immediately regretted it. I can see how he may not have wanted all of his business out there for the world to see.

With that said, the picture itself isn’t bad – with what we can see of course. Now it may very well be a case of the closer to the camera the bigger it looks, but Soulja Boy defintiely looks like he belongs in our skinny guy hall of fame.

I’m tellin you, these skinny dudes are packing the heat (well most of them anyway) and offer some surprises when the clothes come off. I can see why his on again off again girlfriend may have a hard time leaving that alone.