Steve-O Naked is a Sight to Behold 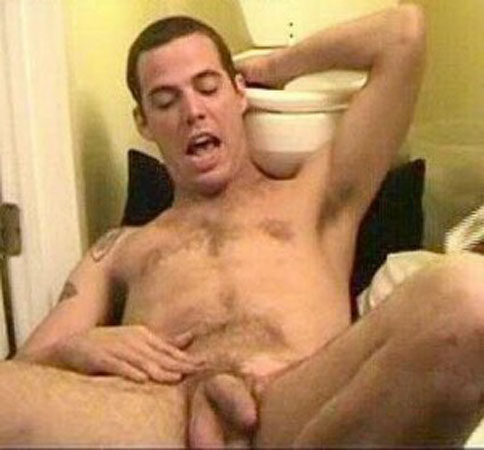 Steve-O naked is not a surprise, but the pic itself is definitely one.

This is a straight I Don’t GIve A Fuck pose right here. And really would you expect anything from the Steve-O of old? He just doesn’t have any shame. And his business is the world’s business to see. Y

Looking at this pose, you got to wonder why it was taken? It can’t be your typical penis pic, put out to entice some young lady on the receiving end of the pic. There is nothing enticing about this joint. Zip. Zilch. Nada. And I can’t see anyone being “enticed” once they got it. Repulsed would probably be the right verb in this situation.

With that said, given that this is Steve-O we’re talking about, I would just as likely assume he took the pic when he was bored and high and looking for something to do. Seriously, on the floor (with a pillow) in the bathroom, while holding onto a toilet? Why is there a camera in there anyway?

Anywho that’s Steve-O for you. Well, the old Steve-O anyway. Let’s be real – if he didn’t have penis pics all over the internet that would be way more shocking than the fact these hella unsex dick pics exist.