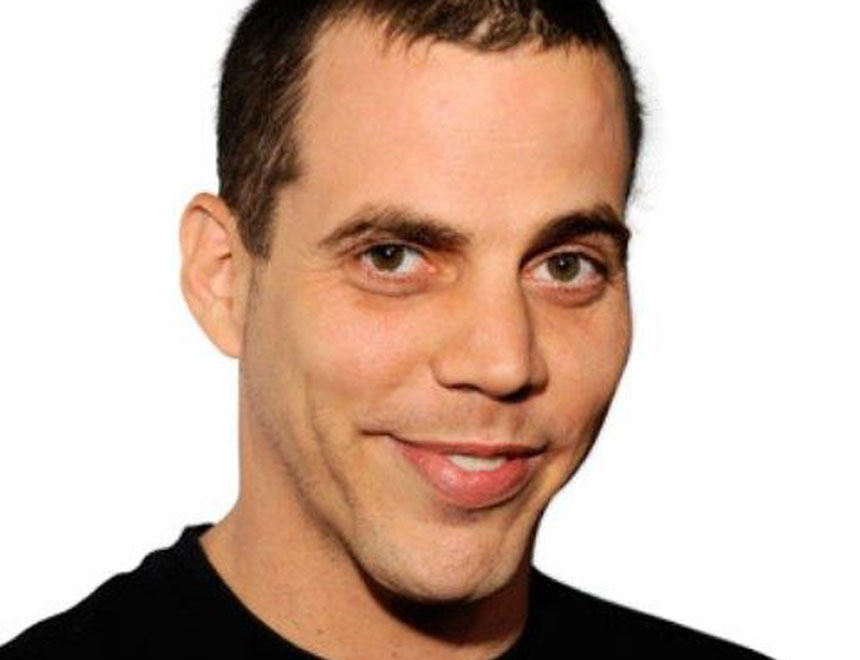 Yeah, this is a straight IDGAF pose right here. Steve-O just has no shame. It’s all his business for the world to see, in the most unflattering of positions. To each his own. To each his own. Here’s a pic of Steve-O getting naked in public. And here is another awkward penis pic. 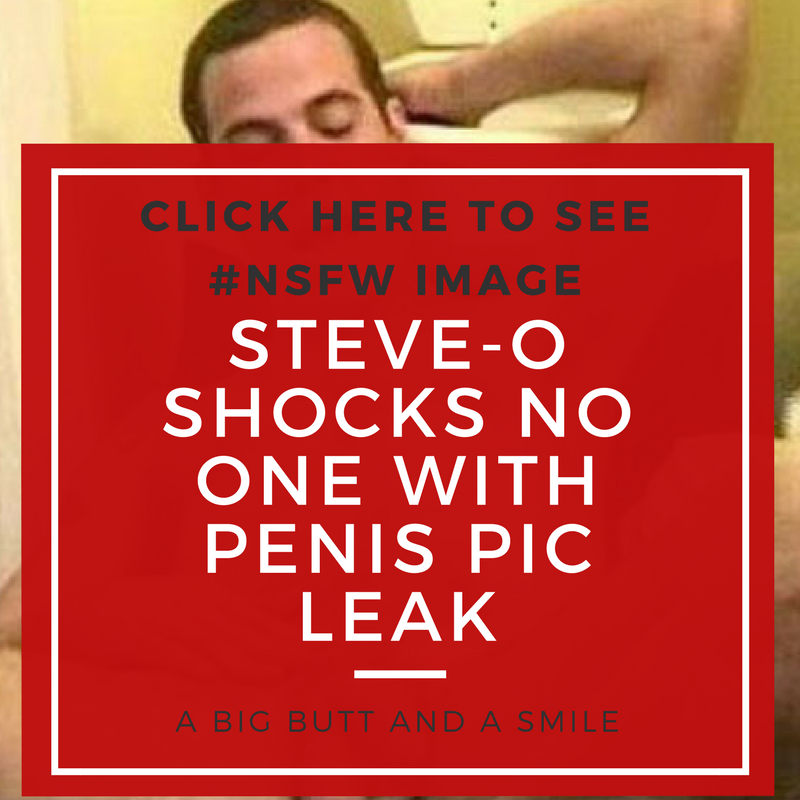 Steve-O is a classic case of what happens when the cameras stop rolling, but you don’t know how to live your life without the constant attention and validation of others.

Nude “leaks” of Steve-O were pretty common considering he had zero issues being naked in even the most inappropriate situations. In 2014 he even dared hackers to hack his cloud for nudes and other naughty data from Complex:

Steve-O has to be the only celebrity who wants their nudes leaked next. In a series of tweets the Jackass star challenged hackers to steal his dick pics from iCloud. In addition to a batch of photos he added specifically to be stolen, he also says there is six years worth of “juicy shit” on his cloud.

Here are his tweets encouraging the theft:

I just added lots of crazy nude photos to my iCloud, let’s see how good these hackers really are! #HackSteveO pic.twitter.com/phwSTrJLAi

Dear iCloud hackers, let’s see how good you are, I have 6 years worth of crazy pics waiting for you… #HackSteveO pic.twitter.com/qoZe7mPS9W

I’ve had an iPhone for six years, you better believe there’s plenty of juicy shit on my iCloud! #HackSteveO

After eight years of sobriety, Steve O had a bit of a comeback in 2016 and GQ was there to document it all:

But he’s trying to do stand-up, too (and has been for years), changing his humor shtick the way he’s changed his life: becoming vegan, meditating regularly, staying sober. We called him last Thursday—coincidentally, the anniversary of his first day sober—and found an honest, introspective Steve-O, talking with that same raspy voice that came to fame on shaky, amateur Jackass videos. He told us about the time he did coke with Mike Tyson for three hours in a Hollywood Hills bathroom, the times it got really dark (snorting his drug dealer’s dried blood), and what he’s learned in all his years flirting with death and destruction.

Leave it to Steve-O to keep it interesting.