A Big Butt and a Smile, Sexual Health, Penis Facts, 849 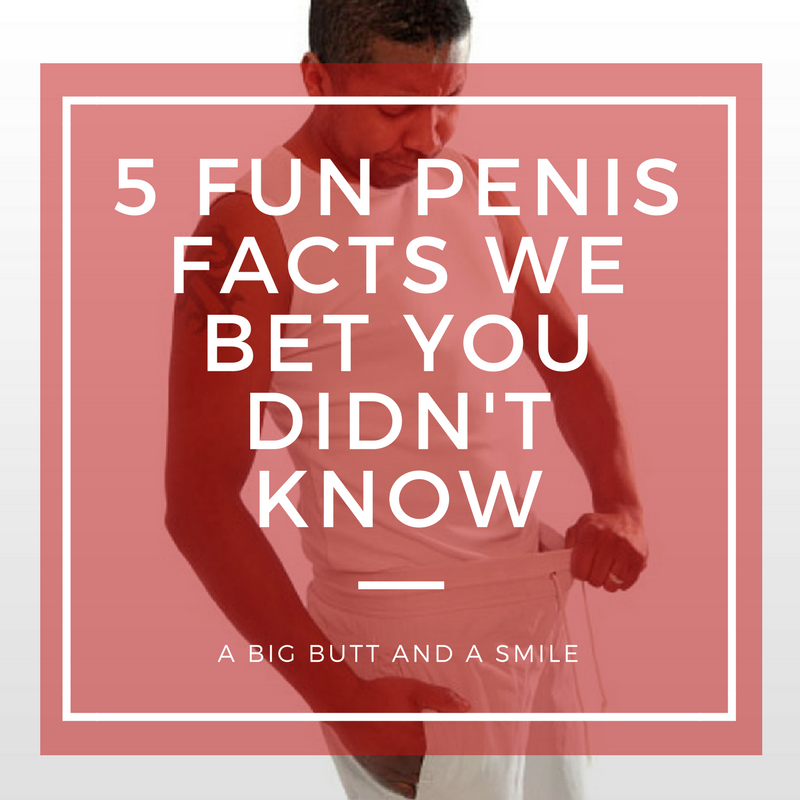 Penises are awesome. Not as awesome as vaginas, but pretty damn awesome nonetheless. However, for must of us ladies, they are still a bit of a mystery. So to demystify the male member we looked at five fun facts you may not have known about your man’s favorite body part.

According to major condom manufacturers, only six percent of men need extra large condoms. So all those guys running around with magnums in their pocket are likely lying. Though I must admit I’ve had uh…some contact with a few of those six percent.

2. It’s Really Not as Big As You Think

The average size of the erect penis is 5.1 inches and 4.8 inches in girth so says a so says the study most trusted by a urologist. I guess that’s why only six percent of the male population needs extra large condoms. So for those of you who like big ones, that pre-sex make-out is even more important.

Don’t let your man get too drunk when you’re out and about if you’re looking to have some fun later. Apparently, it takes only three and a half drinks for a 150-pound man to knock his man parts out for the night. If you have a bigger fella he can likely drink more and still perform, but why risk it? Two drink maximum honey. Two drink maximum.

Blue Balls really exist. It occurs when blood gets trapped in the testicles. When he says there is only one way to relieve it, he’s right…sort of. Turns out his doctor will tell him that a warm shower or aspirin will do the trick. So when you tell him to handle it himself, there’s absolutely no reason to feel bad.

Ever wondered why penises tend to be darker than the bodies they’re attached to? Well on a base level it’s just part of the sexual maturation process. On a more interesting level it’s based on how often a man handles his lil’ man. The more he masturbates, the darker his penis will be. Now when you see a man naked, you’ll be able to gauge just how much “self-love’ he’s engaging in. Don’t get me wrong, I’m not judging. I’m a big fan of the self-love.